Advocate General M. Szpunar says that time-limited e-lending is allowed under EU law and interpretation of copyright norms must evolve with technology. He advised the CJEU to rule that Article 1(1) of the Rental and Lending Rights Directive must be interpreted in the sense of including the right to lend electronic books included in a library's own collection. The full text of his conclusion (pdf, in English) or any other European language can be found at curia.europa.eu.

The conclusion of the Advocate General followed the hearing that took place on 9 March 2016 before the European Court of Justice (ECJ) in the Dutch E-lending case.

This case was initiated by the Dutch Association of Public Libraries (VOB) against the Dutch Public Lending Right Office (Stichting Leenrecht). The Dutch Association of Publishers (NUV), Stichting Lira (the collecting society for authors) and Stichting Pictoright (the collecting society for visual authors) intervened in the proceedings. During the hearing all parties argued their positions on the lending of e-books by public libraries. The European Commission and several member states also pleaded their case.

The Advocate General at the ECJ delivered his conclusion on 16 June 2016. The ruling of the European Court is expected at the end of 2016. »

The Court at The Hague has put prejudicial questions to the European Court of Justice. The parties will be heard in Luxembourg the 9th of March 2016. » 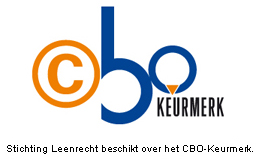